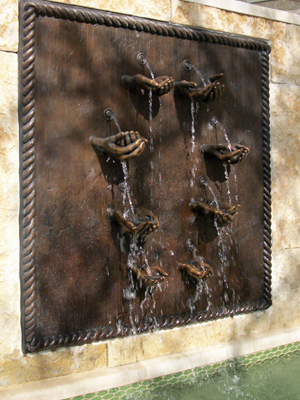 The emergence of the pop art movement has its roots in Britain. Historical records indicate that this movement emerged in UK during the 1950s as a direct distinction from the high brow culture of traditional art. This movement challenged everything that traditional art stood for and soon emerged as a strong contender. From Britain, this art form spread to other nations and flourished in different countries, especially in America. Even today, it is highly popular and many people vie to buy the various styles and versions that are continually being created. Through this article, we will try to examine how pop art emerged in Britain, how it took its name and the artists who helped promote the movement.
The Independent Group
The emergence of the art form has its initialization in the Independent Group. This group was formed when critics, painters, architects, designers, musicians and other artists from diverse areas of work came together as one entity. This group challenged the standard norms of the industry and celebrated newness, novelty and individuality.
Emergence of the art form
During the 1954-55 session, the topic of Popular Culture was selected as the central theme for discussion. This theme was chosen as the group perceived that era to be of profound importance and as one that was witnessing various changes. It was also noted by the experts that art had to come to terms with that current culture rather than departing from it. The concept of escaping from prevalent culture or ignoring it was considered irrational, and experts decided that there was a need to embrace that as a form of art.
Exhibitions that kick-started pop art
After a series of many such discussions, the art form soon began to take shape. Exhibitions were regularly held with the most popular of these being titled ‘this is tomorrow’. Conducted at White Chapel Art Gallery in London in 1956, it showcased various styles of art representing modern culture.
Emergence of the phrase: Pop Art
The term was coined around the same time. As per records, in the year 1954, ‘pop art’ was coined by John McHale for the movement that soon followed. This term was extensively used in discussions by the Independent Group. Much credit for popularizing this term also goes to Lawrence Alloway, a British art critic and curator who used it in a 1958 essay titled ‘The Arts and the Mass Media’.
Popularizing the form
Once the movement started off with the support of the Independent Group, it had a good following. Both supporters and critics of the art form came across vociferously to get across their views. In this manner, the art form took shape and in the hands of a few artists took an improved form. From its origins in Britain, pop art quickly traveled to other parts of the world. America was specially influenced with many artists there adapting it to suit their culture and prevalent lifestyle.
Today pop art is a global phenomena, with many countries having their own special styles. However certain iconic styles like Warhol, Lichtenstein, Blek le Rat and Banksy have remained with us. Pop art continues to grow and thrive, with new trends continually fueling its growth and diversity. This is an art form that can only get better.

READ  Do You Want to Learn Oil Painting?