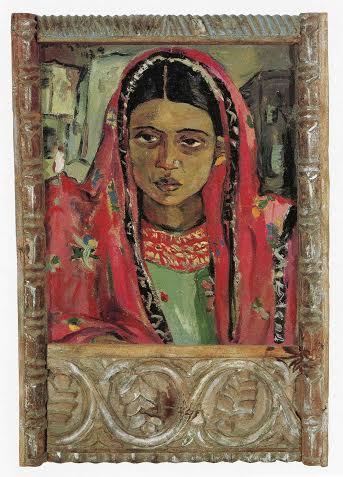 Stuckism – The History
Art has been evolving throughout the history, affected by various factors, like social and political changes or a quest for innovation. Stuckism is one of the most recent art styles and is merely a decade old. It is a British genre of art, which came into being as a ‘reaction’ to the Conceptual Art, popularly known as Installation Art, of 1960s. The proponents of this original group of 13 members expressed their resentment against the virtual monopoly of the Installation Artists through demonstrations and campaigns. These artists rejected Conceptual works as a mockery of art, and took strong exceptions to the official recognitions, like the prestigious Turner Prize, going to the Installation artists year after year.
The Correlations
The underlying motive of the co-founders of Stuckism, Charles Thomson and Billy Childish, was to bolster Figurative painting. A form of Representational Art, Stuckism draws inspiration from the real-life objects. Narratives suggest that this term was adopted after the Conceptual Artist Tracey Emin, called Billy Childish, a “Stuck.” Figurative Realism is what the Stuckists claim as their characteristic style.
Post Impressionism and German Expressionism, of the late nineteenth & early twentieth century were among the most revered predecessor art movements for the Stuckists. However, many works in this Western Art Movement carried the elements of Fauvist sect of painting. Fauvism was known for its ‘wild’ and unnatural color schemes, coupled with bold brushwork. The main objection of the Stuckism was against the group, ‘Young British Artists’ or YBAs. This Western Art style is still known for its sarcastic undertones.
Stickist Examples
Stuckism’s banner work, ‘Sir Nicholas Serota Makes an Acquisitions Decision’ is a mocking piece, targeting Serota, the chairperson of the jury of Turner Prize. Charles Thomson created this painted piece in the year 2000, to lampoon the distasteful 1999-installation display by Tracey Emin, titled ‘My Bed.’ This installation consisted of an unmade bed with a display of the numerous objects of intimate use, from Tracey’s own house. This work was a nomination for the Turner Prize in the same year. Interestingly, it could not bag the award, but made Serota the ‘protagonist’ of the popular Stuckist caricature.
Geographical Spread
Stuckism did not remain confined to England. It extended its reach to the US, Australia, and rest of the Europe, a year after it was born on the British territory. Lead Stuckists from the US include Tony Juliano, Terry Marks, and others. Susan Constanse was the founding member of the first US Stuckist group in Pittsburg. Regan Tamanui was the first Stuckist in Australia and founded his group in Melbourne. At its maiden national level exhibition at the Walker Art Gallery, Liverpool in 2004, Stuckists described their works as deliberately ‘shocking.’

Portrait Oil Painting – A Perfect Gift for Your Loved One

We have all, at some time or another, been stuck for gift ideas for our friends and family. Sometimes finding the perfect gift for a loved one can be a real challenge. It can be […] […]

Folk Art Comments Off on Watercolor Painting Styles: What’s Yours?

Watercolor painting styles are unique and personal. There are as many styles as there are artists. Some paint very loosely, others “tightly” with a photographic quality to their artwork. Often artists will emulate other, more […]

Artwork Comments Off on Painting Your Wicker Furniture Properly

Wicker furniture are considered antique, which is why if you are one of the owners of these fine furniture, you are probably wondering if you should paint them or not. Painting this kind of furniture […]